Join us for another good read from one of our contributors, Coach KJ Smith, where he explains his idea of Consistently Competitive Practices. 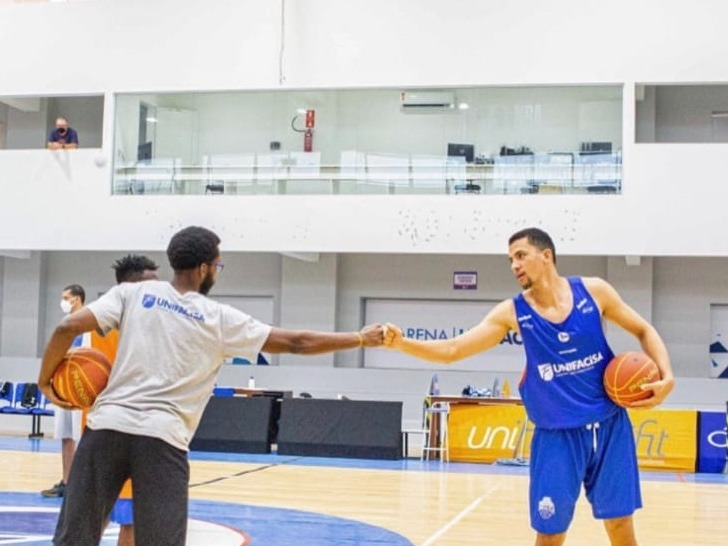 By K.J. Smith, Assistant Coach Fraser Valley Bandits. Coach Smith shares with us in this two-part article his views on Consistently Competitive Practices in Basketball (Part 1)

Adaptation is described as changing to best fit the environment in question. Basketball is no different as the arms race between high-powered offenses and suffocating defenses continues to shift the momentum back and forth.

THE DESIRE TO COMPETE

At the same time, players are becoming more athletic, skilled, and intelligent at earlier ages. Despite these changes, there is one common factor that the best all share and that is the desire to compete. A talented player who is also competitive can change the course of a team for years.

You can also see a lesser talented player overcome perceived physical limitations to attain a level of skill that impacts the game in ways others did not expect. But the ability to compete in the “X factor” can be a powerful equalizer. As Coaches, we have the ability to create this environment every day in a variety of methods.

With the methods to follow in this article, we will examine some ways that we can keep a consistently competitive practice on a daily, weekly, and monthly basis.

Keep in mind that naturally there will be some molding and adjusting for the level you coach at but luckily the theme of competing at a high level remains the guiding principle.

VICTORY TRACKING. One of the keys to how to set consistent competitive practices in basketball

In order to create an environment that forces players to adapt to high competition, we need to start with a simple question. Did we win? Naturally, we practice and utilize players that give us the best chance to become victorious as a team.

Therefore the players who win the most in practice should be the ones that have the most opportunity for us to win in games. With victory tracking, we simply keep a running tally of who is winning in any game situation from 1 on 1 to 5 on 5 regardless of the team they are on.

As such, each player on the winning team will receive 1 point for every scrimmage or block of practice in which their team succeeds.

Naturally, no individual wants to be at the bottom of the list which in turn creates a more intense practice environment without the coach having to use extra energy to incite this behavior.

Over the course of a season, you will begin to see the separation between your players.

Lastly, this concept works best when you organize the practice with a target score or time limit in mind. This puts the focus on “winning the quarter” which keeps players paying attention to a short-term goal with a high effort level towards winning as many quarters as possible.

“With victory tracking, we simply keep a running tally of who is winning in any game situation from 1 on 1 to 5 on 5 regardless “

An added benefit of such tracking methods is the accountability aspect. It is quite difficult for a player to disagree with their peers or coaches when the numbers are directly in front them.

Furthermore, when we track certain aspects of the game, our players know that the information or concept in question is important and thus creates focus on it.

Keeping score in practice in these “short” games is a way to maintain a close game for as many situations as possible.

Based on the emphasis and philosophy of your team, there are a variety of options at your disposal to focus on what you believe suits your team best. Simply put, it is easier to maintain a competitive practice if there is a visible goal in front of the players for them to reach for. Below are some examples:

This style puts focus on shots that give us the highest value in regards to corner three-point shooting and shots directly at the rim. In regards to post-ups, it shifts the focus to post DEPTH instead of post moves away from the basket.

A fun concept depending on your personnel is to obligate that inside the paint we want to reward the bigs for their effort to get open. Once they receive with at least 1 foot outside of the paint, we want to first search for concepts where we play for our teammates via a split cut or other action. If nothing is available, the 1 on 1 is still there:

There are other moments where we want to be less result-driven while still maintaining a competitive edge in practice. In this case, we reward the players who tactically make the correct plays regardless of what happens afterward. On the defensive side, we award a point value for a very shot contest.

Offensively the goal is to get as many uncontested perimeter shots or direct layups as possible. A direct layup in this case only counts if 1 or fewer defenders in the area which prevents an individual from shooting one against two for example.

FOCUS ON THE PAST. Consistently Competitive Practices in Basketball

A good way to adjust from game to game is to have a singular focus on something the team may have not executed well enough in the past. The emphasis can be just about anything you can imagine and let the scoreboard show the difference this can make in your next competitions.

With these methods for valuing how points are scored, you will learn how consistently competitive practices in basketball, and you can encourage the behavior you want while giving less value to the aspects you do not wish to see with your team.

Players are still technically free to shoot any shot or make any decision they desire.

However, those decisions will have benefits or consequences based on the strengths and weaknesses of your team. As a coach, you will be able to allow the peer pressure and competitive environment to do the work for you in terms of guiding players to a desired method of thinking.

Thanks, Coach KJ! This concludes Part 1 of his Consistently Competitive Practices concepts. Part 2 is on its way as we continue to discuss methods for maximizing the intensity level of our teams’ training.

Post relacionado: HOW TO GET BETTER, MORE SKILLED AND SMARTER PLAYERS