Transition from assistant to head coach

by Ian MacLeod (Head Coach: Newcastle Eagles). He writes in this post about how is the transition from assistant to head coach (part I)

Firstly, I would like to thank SportCoach for allowing me to shine a light on an often-overlooked part of performance sport.

During the course of writing the article it gave me a great chance to reflect and provoke thoughts for the future.

THE TRANSITION FROM ASSISTANT TO HEAD COACH

Entering a new role, position or environment is a great opportunity start with a blank canvas and paint the picture that you want to see. However, with sport when you take on the new project you also take on expectations, visions and ‘pictures’ of many others.

Whether this be players, staff, management, fans, media etc on thing is for sure, not everyone (maybe even very few) will see the same picture, landscape, or have the same expectations as you.

In football there is the former all-conquering Manchester United, in NFL it is ‘Americas team’ the Dallas Cowboys, in Basketball the perennial under-achieving New York Knicks or the legendary Chicago Bulls.

Not everyone will see the same picture, landscape, or have the same expectations as you.

Everyone wants the good times to return, but they want them in the same fashion, but the one thing that is forgotten, Other teams want that too!

Comparison is a strange concept. Jordan or Kobe? Steph Curry or Ray Allen? Theodosic or Luka?

The circumstances for each are very different, technical, and tactical concepts and the game itself is ever evolving.The futility of comparing ‘the best 3-point shooters ever’ is one that always makes me laugh.

THE GAME IS CHANGING

It became apparent that the chosen tactic was not the important thing, it was that the players developed ‘their way’ off executing.

‘The way’ of doing things changes and evolves with every passing day, and like the saying goes “old habits die hard”.

In August 2019 I moved from assistant coach to Head Coach for Newcastle Eagles in the UK’s British Basketball League. There began the transition from assistant to head coach. The change in role and responsibility was colossal (see next part II of this post).

I took over from a departing head coach who had spent 18 years (24 trophies) with the team as player and as coach. The team was built around intense defence creating fast break offence. There was a much smaller focus on the offensive side of the game with the philosophy of teaching offensive minded players to play disruptive defence and letting the offence play out far more freely.

THE THOUGHTS OF AN ASSISTANT

My thoughts as an assistant were that this defensive side was an incredible weapon to have, but it often lead to some disjointed moments offensively.

I was the Socratic voice championing a more clear and concise method of playing offence. Not necessarily slower, just more focus on clarification of roles and responsibilities.

The move to Head Coach afforded me the opportunity to embed these things, but it was not something that had been a major focus in previous years. A few years back we had implemented a very ‘NBA-like’ style of offence that had seen us spread the floor and shoot sometimes 35-40 3point shots per game.

The voice of a returning player can be a much more effective tool than being told by a coach.

The change was too big, and it was difficult for us to generate a consistent approach without the detailed technical and tactical teaching that underpins such as style of play. While I wanted to make a change, I was wary of going too far in the other direction.

My thoughts were to operate somewhere between the two extremes. While I was more than happy to continue our disruptive style of defence and breaking quickly, I felt our offence needed more cohesion.

I wanted the often cited ‘space and pace’ like most coaches do, but I had to consider the strengths of our returning players and their comfort levels. After much deliberation I decided to simply build a continuity offence based around flow or spread PNR principles but still drive the importance of the fast break to precede this.

I wanted to generate extra possessions therefor we also instilled ‘tagging up’ offensive rebounding/transition defence philosophy. For the most part these tactical changes were successful, we averaged 89ppg (#2), 22.5apg (#2) and 12.2orpg (#2) in the 2019-20 season.

NOT EVERYTHING HAPPENS AS YOU THINK IT DOES

My initial thought with the implementation of such changes, was that the returning players would find this easy, and the new players coming in would slowly adapt.

We have worked together for years and our strong relationship would see us through just fine, right? However, through all the years we had worked together we had been speaking a different language (figuratively). Some of the new players coming in had played in an Aussie-flow type offence before, some had been asked to ‘tag up’ on the glass before, etc.

The advantage of having player return is negated if what is asked of them is changed each year.

But what I soon realised is there were subtle differences to how it had been taught, the terminology used and the importance of each of the different aspects. The returning players were in the same boat as the new. We needed to develop our own language and our own ‘short-hand’ for what we were trying to achieve.

Suddenly, I realised I now have 12 players who all see a different picture. For example, do we value the first side PNR higher than the second side PNR in our offence? When we tag up, Do we prioritise offensive rebounds higher than matching up in transition defence, or vice versa? What type of guards did the new bigs play with before, what angle works best for their new guards when setting ball screens? Do we want to force defenders to chase over to get downhill, or under to set up the 3-point shot?

Guards may be used to a big who will instinctively re-screen, can this guy do that? There were endless questions for which we needed to discover the answers.

Stability, consistency and patience are the most important yet often overlooked and least desirable resources.

Our guards who had different skills sets and tendencies, one may want a ball screen after ball reversal, another in the same situation would prefer a DHO. It was not about finding a ‘one size fits all’ solution, it was about developing the chemistry and the ‘shorthand’ for this new group. This would not be a quick fix.

THE IMPORTANCE OF RETURNING PLAYERS

One of my biggest takeaways from that first season is the importance of returning players and having multi-year stability within the roster. It expedites learning and it helps any new recruits to become comfortable quicker. The voice of a returning player can be a much more effective tool than being told by a coach.

However, they are only able to generate this consistency if the environment they are in is stable, the advantage of having player return is negated if what is asked of them is changed each year.

Lastly, assembling a roster with a combination of veteran professional, journeyed vets, and players fresh out of NCAA meant a vast array of learning experiences.

While our shorthand was being developed it also became apparent that there was a degree of ‘assumed knowledge’ on my part. Even with concepts or techniques we were all familiar with, there would be differences and subtleties which could be key to building a team in such a short space of time.

An 8-month season (shortened due to covid) on reflection is an incredibly short amount of time to build strong foundations. As has been proved time and time again in the world of sport stability, consistency and patience are the most important yet often overlooked and least desirable resources. They are key to the transition from assistant to head coach.

Thank you Coach MacLeod for your article “How is the transition from assistant to head coach” fisrt part, and we hope to see you soon! 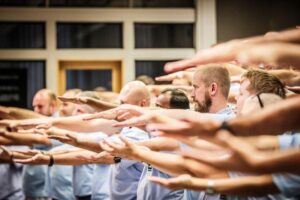 Monitoring is an Essential Part of Mental Coaching 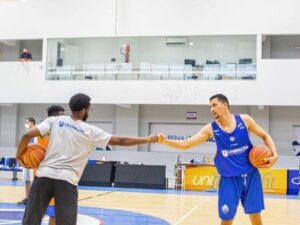 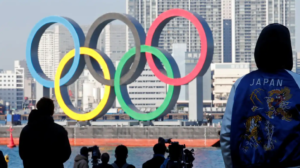 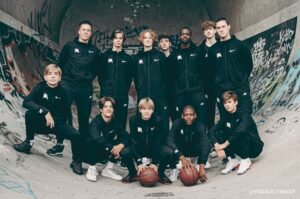 0 responses on "Transition from assistant to head coach"